The Bovine Johne’s Disease (BJD) quarantine restriction that was placed on Vanrook Station, was declared void and illegal by Chief Justice Tim Carmody at the Supreme Court of Queensland 28th November 2014. All costs have been awarded to Vanrook.

Barry Taylor of Emanate Legal - who defended Vanrook in the case - said moving forward the decision was a positive step in bringing the BJD situation to a head.

The disease was first detected in November 2012, triggering a massive ‘trace-forward’ as investigators issued quarantine orders to restrict movement of cattle while suspect herds were sampled on the stations.

The bison strain is more commonly found in India, Africa and North America, despite being the primary cause of the Queensland outbreak.

Cattle strain is distinct from bison strain which has occurred on the stations. 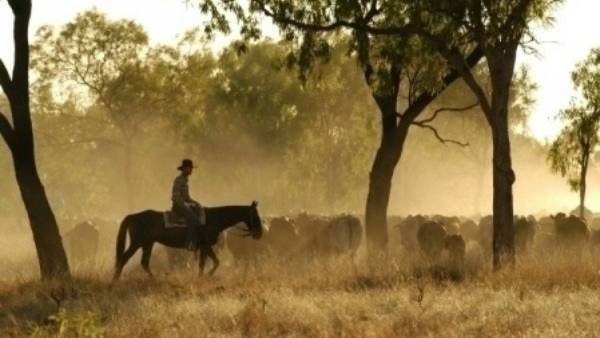 The (BJD) quarantine restriction that was placed on Vanrook Station, was declared void and illegal by Chief Justice Tim Carmody at the Supreme Court of Queensland this morning.

The Emanate legal team said the case concerned jurisdictional fact, a necessary precondition to the exercise of the power to issue the quarantine notice, namely the evidence existence of a “cattle” strain of BJD was absent.

Mr Taylor argued that the quarantine notices were unfairly issued with the DNA analysis proving no clear link to cattle strain. Further tests found no bull or cow has been infected with BJD.

Minister for Agriculture, Fisheries and Forestry John McVeigh said until the transcript of the decision was available it was difficult to comment in any detail.

“I understand the court ruled on a technicality,” Mr McVeigh said.

“But in any event, the regulation has been updated to remove any doubt that it covers all strains of Johne’s disease, including the bison strain.

“Queensland is a protected zone for Johne’s disease and the state government is carrying out the wishes of the vast majority of the beef industry to maintain this status which underpins our access to international markets.

“While I respect the wishes of those may take time-consuming political and legal actions, there are many other producers who have worked with my department to find a market pathway that leads to a lifting of quarantine as soon as possible.

Mr McVeigh said Fred Pascoe and the team at Delta Downs, a large indigenous-owned Cape York cattle station, were an example of a company that had worked with the department to find a pathway forward to again market their cattle into the live trade.

“I encourage the relatively small number of properties still under quarantine from the 2012 case to continue to work with my officers in a similar manner," he said.

“For any quarantined property to get back into the live cattle trade to Indonesia, they need to gain federal government sign-off through AQIS.

“They need the official stamp to satisfy, in this case, our Indonesian customers and Indonesian officials that their cattle pose absolute minimum risk for Johne’s disease.”

AgForce general president Grant Maudsley said AgForce could not formally comment until they had seen the transcript.

"However, the BJD issue is a work in progress, with the welfare of all beef producers in mind," he said.