A Queensland grazier says she is "in the firing line" of the Australian Defence Force's (ADF) planned expansion of training grounds at Shoalwater Bay.

Property owners surrounding the area have received written correspondence from the Singapore Joint Development Training Initiative, informing them their land is in the expansion zone.

Graziers near Townsville's training area in north Queensland will also be affected as the ADF looks to expand that ground as well.

Linda Geddes, of Couti-Outi in central Queensland, said her property had been in the family for 140 years, and the notice from the ADF had come as a shock.

"My husband just feels as though the mat has been whipped out from under his feet," she said.

She said it had created uncertainty for her son's future as well. 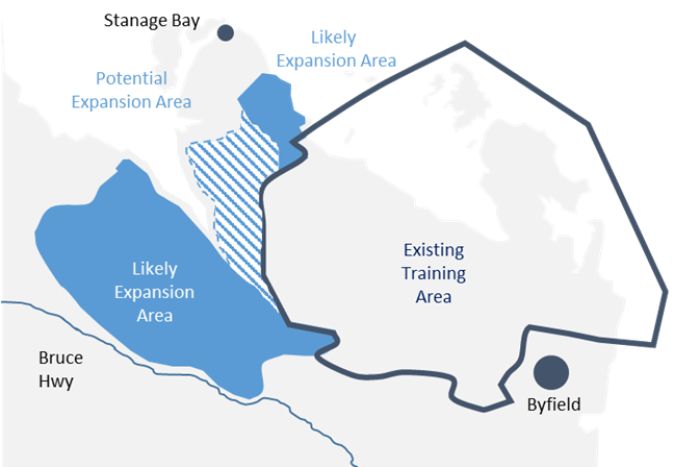 "We've got sons and a daughter on other properties and the youngest son here with us, so he's got to find something else," she said.

"It puts land valuations up when you go to find other land, plus you're competing with other people who have lost country as well."

Ms Geddes said the letter, which was received on November 25, was the first they had heard of the ADF's plans.

Landholders in central and north Queensland bordering the training areas were sent the notice. 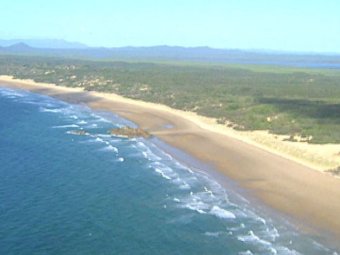 "The extent of the expansion needed to support the agreed training activities is currently being worked through by defence.

"Our preliminary investigation indicates that your property may be within the expansion zone."

Ms Geddes said the family's property shared quite a large boundary with the training area.

"We were hoping they've got enough land with what they've got, but apparently they want to expand it," she said.

"We just didn't think we'd be in the firing line here."

She said she hoped one-on-one meetings scheduled next week with the ADF would provide some clarity.

"We're not sure what is going on, but we're just hoping perhaps they might just leave us here," she said.

"That's probably in our dreams."

Resumption and land work lawyer Barry Taylor said the Federal Government should be more forthright with its intentions, to minimise the emotional impact and uncertainty for those in the affected area.

"The uncertainty out there at the moment that all these people are getting a raft of information that there's preliminary investigations going on, is creating the angst and impact on their lifestyle," he said.

"For the land owners sitting there not knowing whether the expansion will include their property or not is really where the uncertainty and the pressure [is]."

Mr Taylor said the indecision was stressful for landholders.

"It's a major personal issue when a person receives these letters to say 'You may be part of'," he said.

"It would be better for defence to say 'We are going to take this land because it's required for the national sovereign interests, rather than 'We may investigate your land and it may be part of the expansion process'."

Mr Taylor said the correspondence's ambivalence meant landholders were unable to plan their futures with confidence. 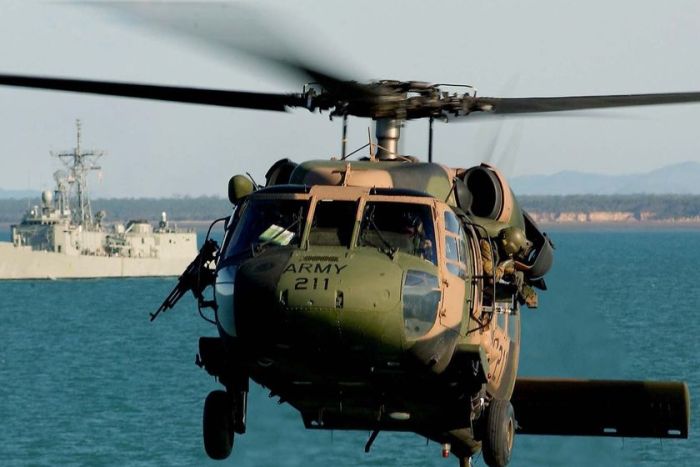 Photo: An Australian Army Blackhawk helicopter lands on a warship during joint military exercises with US troops in Shoalwater Bay. (Reuters: ADF)

"They can look to the acquisition process by sale or resumption, they can look for other properties to buy — that's going to be very hard, particularly in this market where cattle prices are up, land values are up," he said.

"I think what the reality is, you should try and get the best possible outcome in the resumption process, and too many times people focus on the objection base rather than the reality.

"At the end of the day, the Federal Government have a duty, not just to the landholder but to … ensure sovereign protection for the whole of Australia, and if that's required to expand in the training area, so be it."